Hospitals and Medical Centers around 58571

Discuss this 58571 zip code information page with the community:

We're doing our best to make sure our content is useful, accurate and safe.
If by any chance you spot an inappropriate comment while navigating through our website please use this form to let us know, and we'll take care of it shortly.

or fill the form below

Use the citation below to add this 58571 zip code data to your bibliography:

The Web's Largest Resource for

A Member Of The STANDS4 Network 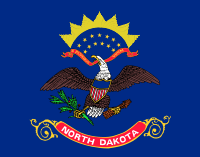 North Dakota is a state located in the Midwestern and Western regions of the United States of America. North Dakota is the 19th largest state by area in the US; it is the 48th most populous, with just over 640,000 residents as of 2006. North Dakota was carved out of the northern half of the Dakota Territory and admitted to the Union as the 39th state on November 2, 1889.